Nazaré (Portuguese for Nazareth) is arguably Portugal’s most picturesque fishing village, although its days as a traditional place are long gone. It has become internationally famous for having the world’s biggest waves, and as a result it is now better known as a surfing mecca.

Located in the center of the country, less than 90 minutes north of Lisbon, it hasn’t lost its laid-back ambience, but local traditions are only preserved for visitors to get a taste of the old days. Fish is still put out to dry in the sun, colorful fishing boats remain on the beach, and some older locals hold on to the traditional dress -- berets for men, and shawls and seven skirts or petticoats for women.

No one knows for sure the origin of the use of the seven skirts, but it’s believed that as they waited at the beach for their husbands to return from the sea on colder days, the women would use the different layers to cover their arms and head.

This is a land of legends, with the name Nazaré explained by a statue of the Virgin brought from Nazareth (in present-day Israel) in the 4th century, which had been lost and only found centuries later. Another famous story says that the Virgin appeared to a local nobleman in 1182, as he was about to fall off the edge of a cliff on his horse and was miraculously stopped just in time.

Naturally, Nazaré is mostly a summer destination, but the colossal winter waves bring visitors throughout the year. Young surfers from all over the world have given the town a cool, cosmopolitan atmosphere, and people of all ages and backgrounds will enjoy spending a day or an entire holiday here.

- The most picturesque of Portugal’s traditional fishing towns 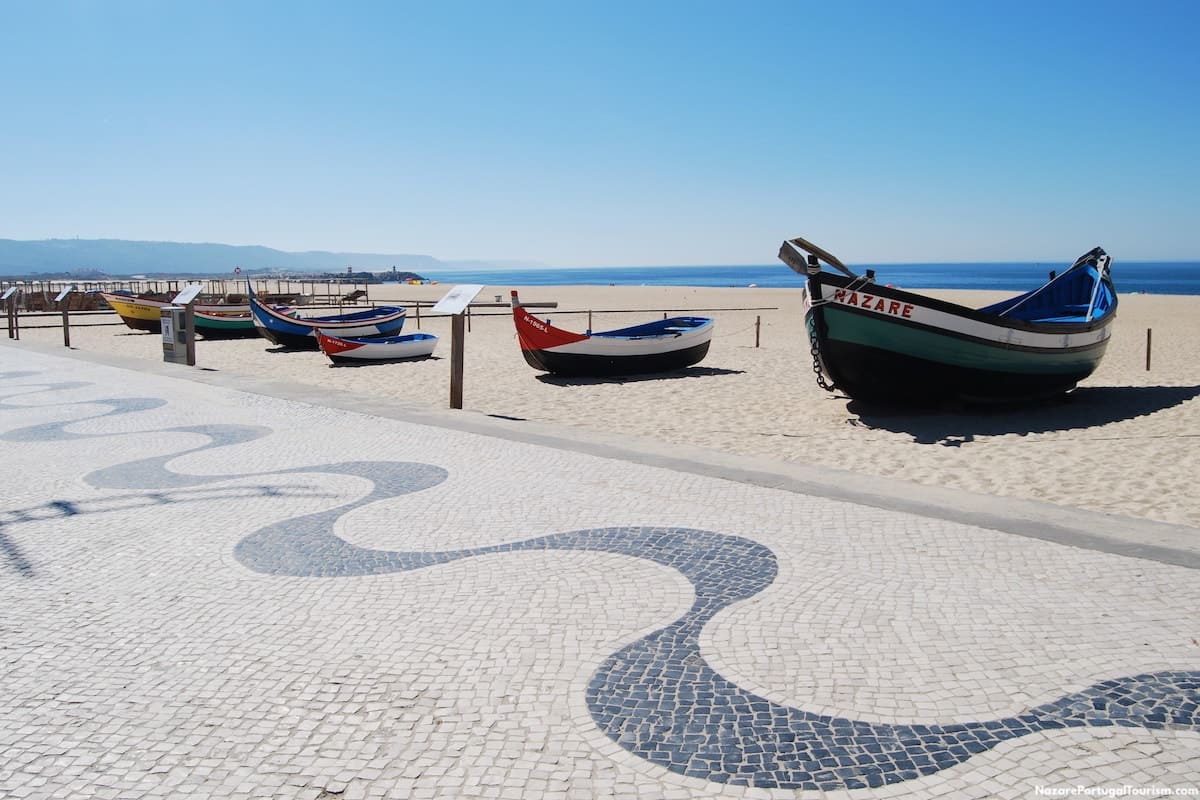 
Everything you need to plan your visit to Nazaré is on this website. It offers complete and entirely independent information from travel experts and locals, not sponsored by or associated with any local institution or organization. However, if you still have any questions when you’re in town, pass by the official tourism office, which is located on Avenida Vieira Guimarães, just a short walk from the beach.