Home > What to See and Do 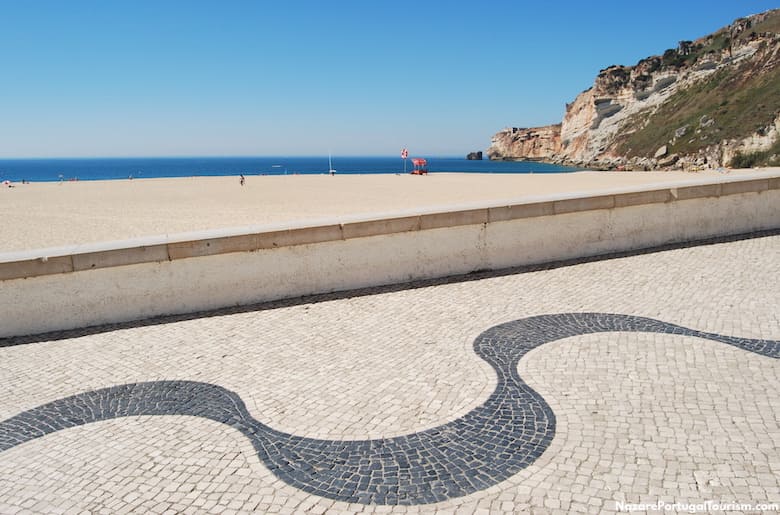 The beach in the center of Nazaré

Nazaré is made up of three different areas -- there’s the Centro or Praia (“center” or “beach”), Sítio (up on the cliff) and Pederneira (inland). Tourists mostly divide their time between the center and Sítio, for the beach and the main monuments. The lively “Centro” shows off the long sandy shore and the local traditions, while Sítio is a former pilgrimage site and the town's spiritual heart.
Sítio was the original settlement of Nazaré, as what is now the center was underwater until the 18th century. When it became a habitable beach in the late 1800s/early 1900s, the population moved down, and created the Nazaré of today. The layout is quite “modern,” with parallel streets running down to the sea, many of them pedestrianized with the traditional Portuguese wave-patterned cobblestone designs. 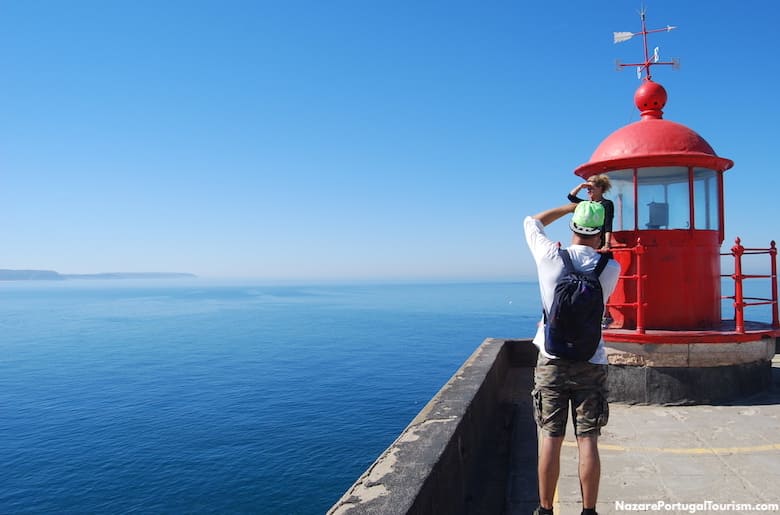 The fort between the town's two beaches

The town can be visited in a few hours in between stays in the big cities of Lisbon and Coimbra or Porto, but it’s a place for relaxation, so a stay overnight is recommended. You can split your time between sunbathing (or surfing) at the beach, and getting to know the cultural attractions.
For a magnificent view over the town, take the funicular to Sítio and stop at Miradouro do Suberco, the clifftop viewpoint.

In a fishing town, you obviously can’t leave without trying the fish (unless, of course, you’re vegan or vegetarian, in which case you won’t have many options). For a fulfilling meal of fresh seafood, head to the waterfront (Praia da Nazaré). That may be the most touristy part of town, but, surprisingly, it’s where you do find the best spots. The most reputable ones are on the southern end, facing the sea. Some even display tanks with live shellfish, from which you may choose what goes on your plate.