Home > What to See and Do > Top 10 Must-See Attractions

Top 10 Things to Do and Must-See Attractions in Nazaré

The most extraordinary sights and the most memorable experiences 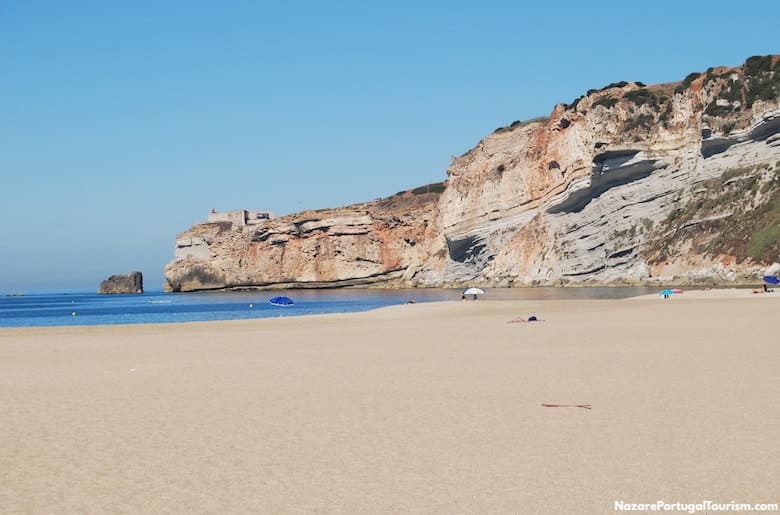 Nazaré’s main beach was the reason why a fishing community settled on this shore. It’s a long beach that became one of Portugal’s most iconic sights, due to the fishing boats and nets that covered much of the sand. Today, it’s a cosmopolitan and colorful place, mixing older locals holding on to their traditional dress and young surfers from around the world. 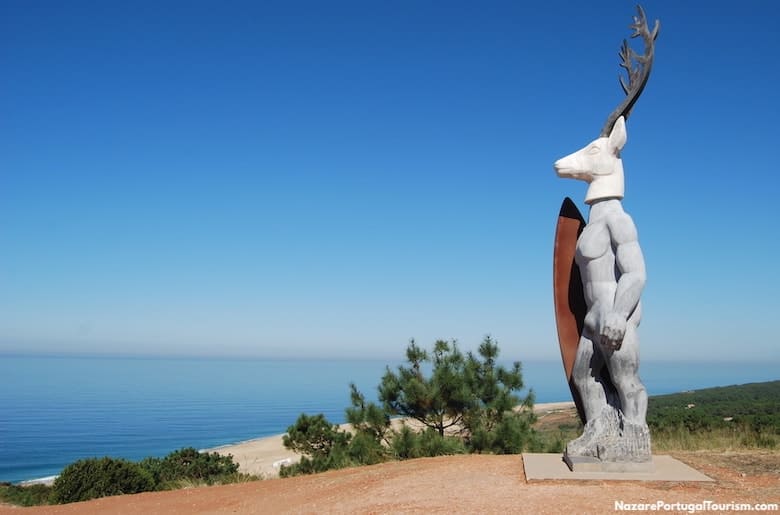 Now a world-famous beach, thanks to the viral photos of surfers riding its record-breaking waves, this actually remains a rather wild and peaceful place throughout the year. In the summer, it’s an alternative to Praia da Nazaré for sunbathers, while in autumn it’s a mecca for surfers and spectators of the sport.

See the Praia do Norte Guide. 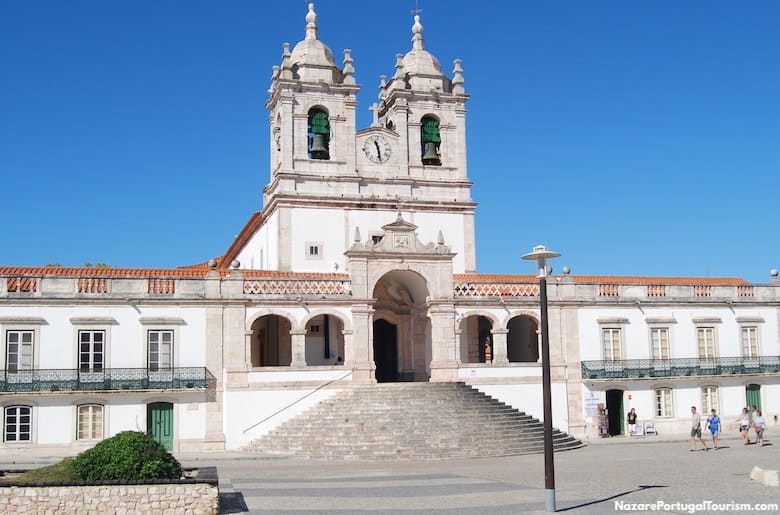 Nazaré’s main monument was built as a pilgrimage site in 1377, for the faithful to see a revered image of the Virgin, said to have been carved in Nazareth, in present-day Israel (and which gave Nazaré its name). Its interior, however, dates from the 16th century, when the gold-covered altarpiece and walls covered in Dutch tile panels were added. 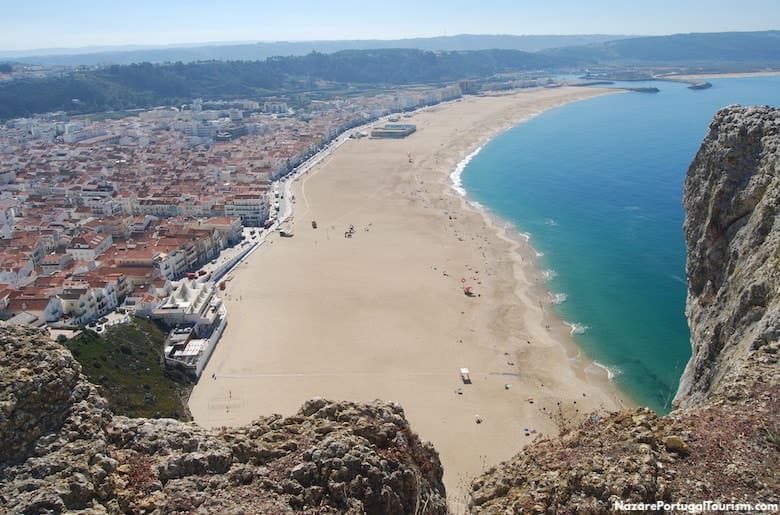 For a bird’s-eye view over the ocean and the entire town of Nazaré, head to this clifftop viewpoint. It’s the view that illustrates brochures and postcards, and the perfect backdrop for selfies.

See the Miradouro do Suberco Guide. 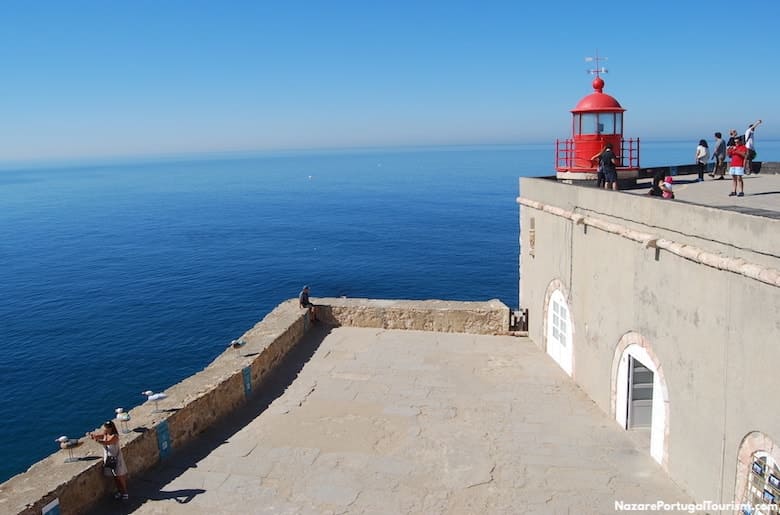 A 16th-century fortress, that protected the coast and guided ships, stands over Praia do Norte, offering a view over the coastline, and presenting exhibitions related to Nazaré’s surfing culture. It’s also where spectators stand to watch the pros riding the record-breaking waves. 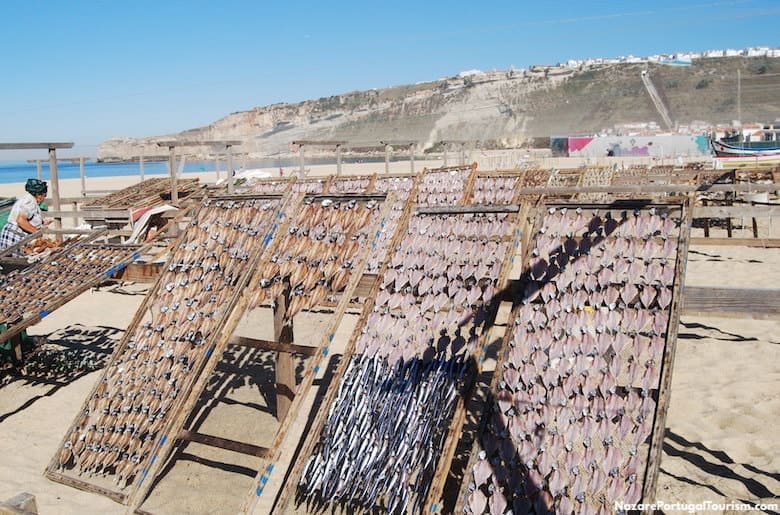 As you approach the central area of Praia da Nazaré you begin to detect a pungent smell. It comes from the fish drying in the sun, a centuries-old tradition that’s now kept alive as an outdoor museum exhibit. The building across the road also explains the process and the history behind it. 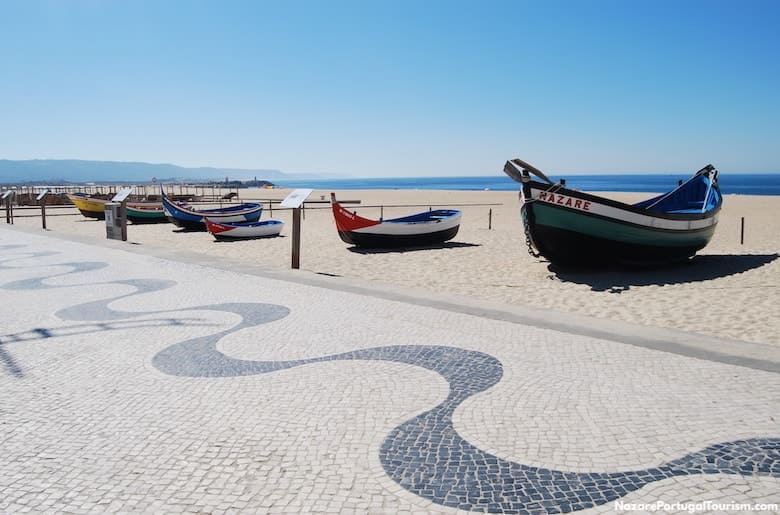 An open-air museum in Praia da Nazaré displays colorful examples of traditional fishing boats that in the past brought the catch of the day into town. These Nazaré icons are placed side by side on the sand, by a sidewalk with the characteristic Portuguese wave-patterned cobblestone designs. Some of the boats are accompanied by displays explaining the history behind them (in Portuguese and English) and with old photographs showing them at sea. 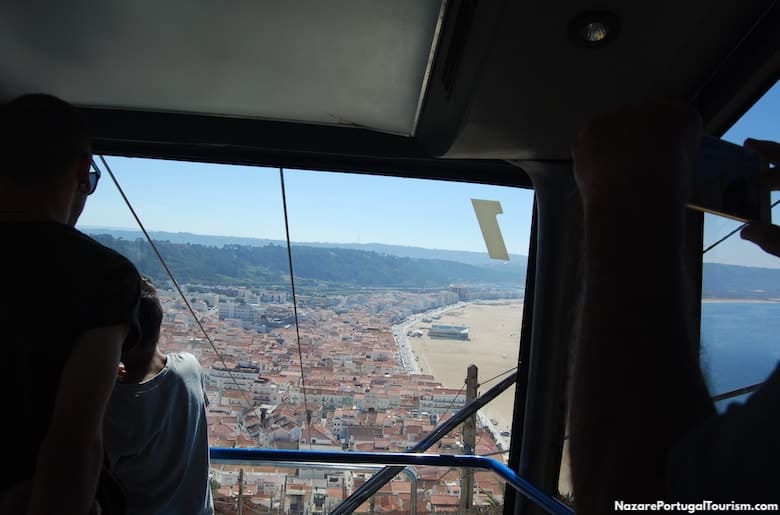 Departing every 15 minutes, this funicular climbs up the cliff from the center of Nazaré to the Sítio promontory at the top. On the way, riders have a spectacular view over the town and the sea. 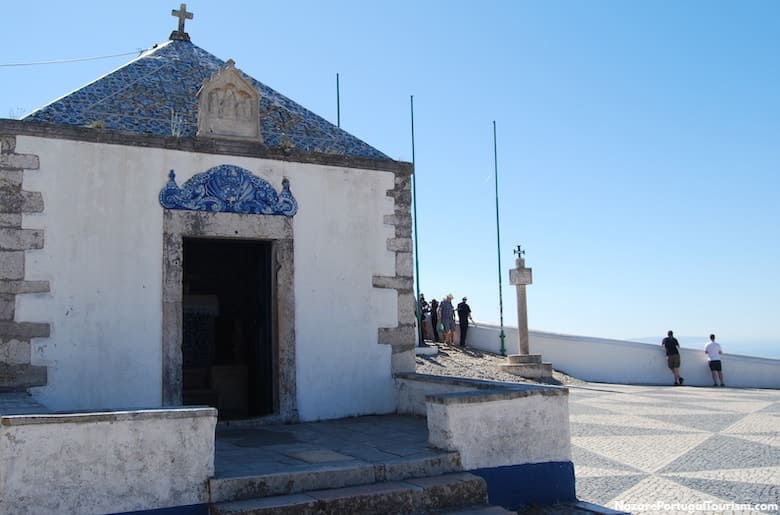 Built on a clifftop where a miracle is said to have taken place in 1182, this small chapel presents an interior covered in baroque tiles. A panel illustrates the legendary miracle. 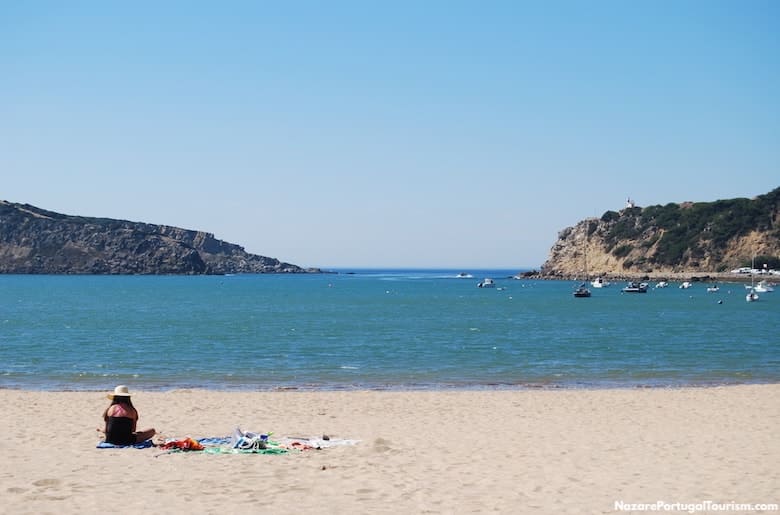 Is there a beach without waves in Nazaré? The answer is no and yes. The beaches in Nazaré may have surfing waves, but one located just minutes outside town is completely wave-free. In fact, it has some of the calmest waters in Portugal, as it’s a sheltered bay. Naturally, it’s known as a child-friendly beach, but people of all ages enjoy swimming here and admire the beautiful scenery.